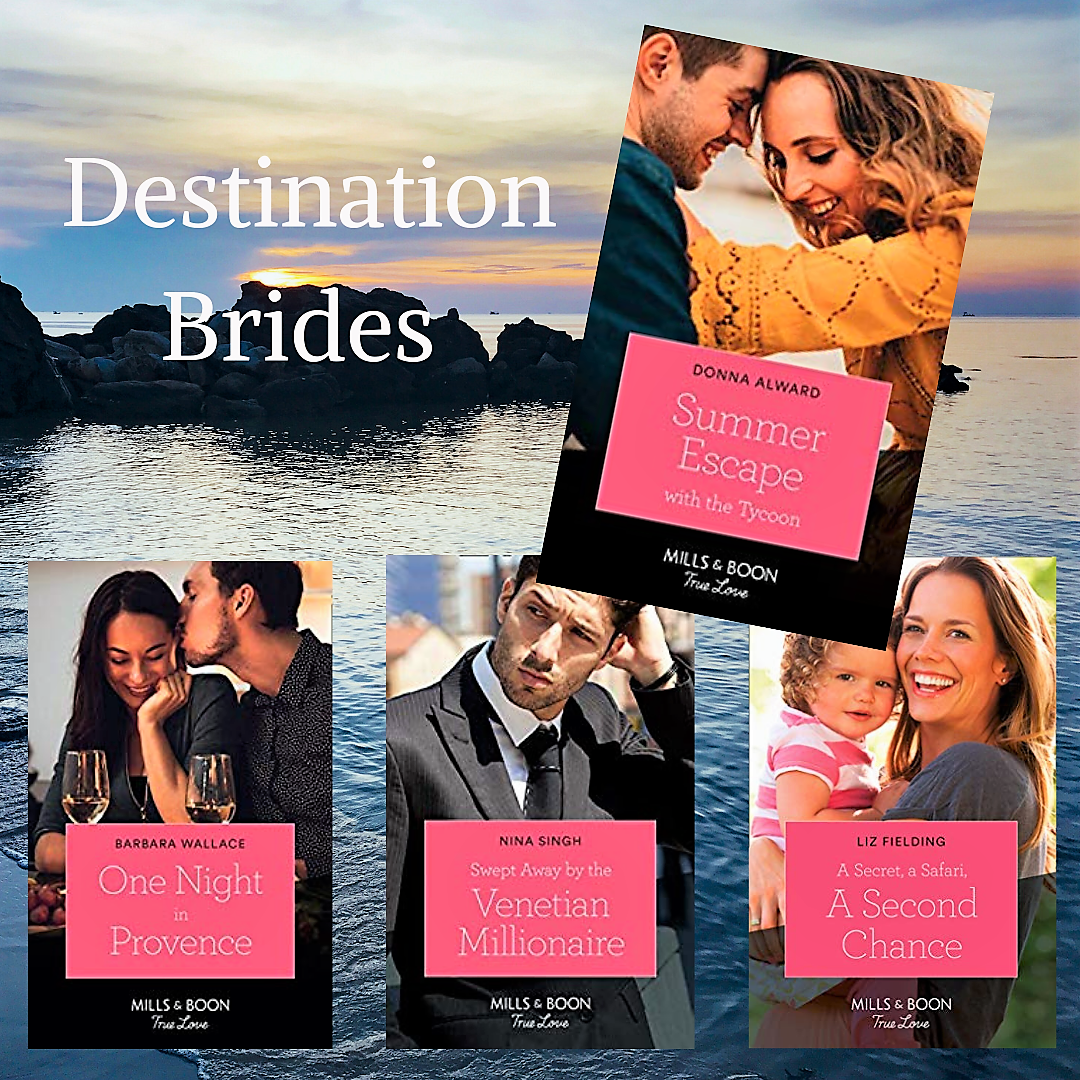 I have a new book in the works, which will be released  in September.

It”s part of a four book mini series called Destination Brides that I’ve written with Donna Alward,, whose wonderful Summer Escape with the Tycoon will be released any day now, Nina Singh and Barbara Wallace.

Four young women bid on an adventure at a charity auction. One goes to the west coast of Canada, whale watching and zip lining. One is in search of culture in Italy, one goes to Provence and my heroine, Eve Bliss, is on a sentimental journey to her childhood home in Africa.

There will be a major giveaway from all four of us later – more of that to come – meanwhile, sign up for my newsletter for mini giveaways (socks, totes, pens) from me coming soon.

There’s a link in the header.

NEVER MISS ANOTHER NEW RELEASE OR SPECIAL DEAL! Did you know that if you follow me on BookBub, they’ll send you a quick notice to let you know when I have a new book hitting shelves or if there’s a great deal on?

Off-putting Openings : how not to start a book?